Blepharitis is a common condition, characterized by inflammation of the eyelids. It can be unsightly and uncomfortable, but is not contagious and is easily treated in most cases.

Blepharitis causes the eyelids to become inflamed, irritated, and reddened. In many patients, dandruff-like scales and particles also form along the eyelashes and at the edges of the eyelid. Other common complaints include burning of the skin at the edge of the eyelid, matted eyelashes (especially in the morning), lashes that fall out, red eyelid edges with crusty deposits that flake off, and dry or gritty eyes.1

Blepharitis is believed to be caused by either bacteria or a dysfunction of the small oil glands in the eyelids. This condition frequently occurs in people who have oily skin, dandruff, or dry eyes. Blepharitis affects people of all ages and its prevalence increases as tear composition changes due to aging.

Although blepharitis can be uncomfortable and unsightly, it is not contagious and generally does not present a threat to eyesight.

Blepharitis can become chronic and has no cure, but it can be managed and inflammation can be reduced. Treatments involve a consistent routine of cleaning the eyelids using warm compresses and eyelid scrubs along with artificial tears. Sometimes antibiotic ointments and steroid eye drops are needed to help manage and control more extreme cases.

If you think you may have blepharitis, the CVP Physicians Dayton team can determine the cause and recommend approaches to reduce the eyelid inflammation and other uncomfortable symptoms you are experiencing. Please contact us with any questions about blepharitis or other eye health concerns.

The doctors at CVP Physicians Dayton have either authored or reviewed the content on this site.

Ready to Schedule an Appointment? 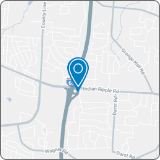 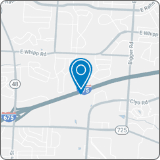 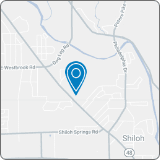 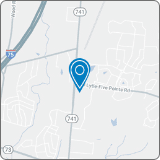 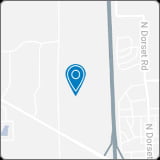